Rock’n’Roll calls both the lifestyle of a youth and protest culture in the early 1950s and 1960s as well as an American music. ‘Rocking and Rolling’ should be the English name for ‘weighing and rolling’ – a synonym for the Settlaf.

From the Rhythm and Blues to the Beat

Musical characteristics of the Rock’n’Roll

A frontman, a guitarist, a pianist, a double bass or e-bass and a drum, from time to time a saxophone – is done the Rock’n’Roll formation. Rough vocals, a hard beat in 4/4 bar with backbeat, a boogie-woogie bass line and arranged riffs arranged in the blues scheme, characterize the typical sound of the rock’n’roll. Amount of texts and electric guitars instead of piano music were tradition. From the Lindy Hop, a swing dance of the 1930s, a suitable dance shape designed for the new genre. Acrobatic deposits qualify this dance – art prevention with the Jive and Boogie-Woogie – to the tournament dance. In the year1951, the American DJ Alan Freed shaped with his calling "Rock, Rock, Rock Everybody, Roll, Roll, Roll Everybody" to Bill Haleys ‘Rock A-Beatin Boogie’ the beginning of the Rock’n’Roll era.

The roots in the rhythm and blues

At the end of the 1940s, the so-called Underdog existence arose in the USA. It was lived as a culture. Freedom of bourgeois morality and drugs were given as new ideals about the beat literature of authors such as Jack Kerouac and movies like ‘The Wild One’ with Marlon Brando in the lead role. First, the black Bebop jazz crystallized out. Soon this African American pop music Rythm and Blues was built, which is abbreviated with RNB. Because the Big Bands of the previous decade developed in the direction of jazz, a new entertainment program has now been searched. So the first big Rythm and Blues musician Louis Jordan became famous with his hits ‘Caldonia’, ‘Saturday Night’, ‘Fish Fry’ and ‘Choo Choo Ch’Boogie’. As a spare word for ‘Race Music’, RNB designated African American music, but closed the jazz out. St. Louis, Chigaco and New Orleans were the crucible of this new direction. R’n’B was connected to Gospel and made Ray Charles and Sam Cooke famous for the development of soul music. Soon the soul was also split up and made famous with the Genre Motown artist like Stevie Wonder and Marvin Gaye. Representatives of the classic RNB are Wynonia Harris, Clyde McPhatter, Bobby Blue, Bland, Laverbaker, Ruth Brown and Louis Jordan. RNB was played from 1960 to the beginning of the 1970s from white artists like the ‘Rolling Stones’, the ‘Yardbirds’ and Alexis Korner. To date, the RNB is referred to as African American music in the mainstream. Pop music was combined with Soul and represented in the 1980s and 1990s by Michael Jackson, Whitney Houston, Maria Carey, Prince and Lionel Richie. Hip Hop and Popmusik extended this genre to Contemporary R&B, Rhythm ‘N’ Beat and Rap ‘N’ Beat.

Musical characteristics of the RNB

Sextet and Quintette now passed in the big cities from former big bands and played a companion to a new piano style. The left hand was played with a bogie-like bass accompaniment and the rights with fast, troolically beaten double handles. Blass instruments no longer got the solo figures used for the swing, but the function of a rhythm instrument. Shufflegrooves and gospel-like ornaments characterized the singing of singers and singers. The sexual allusions represented in the Lyrics were perceived as a vulgar and caused its own development of the music industry, which could be promoted by larger labels such as ‘Atlantic Records’. The black artists were initially financially disadvantaged. This changed as the label ‘Sun Records’ in Memphis under the direction of Sam Phillips black artists like B.B. King, Rufus Thomas and Johnny London under contract took. When Phillips had promoted Elvis Presley and Jerry Lee Lewis, he now got a new function through his previous success. So soon the song ‘Kansas City’ in a version of Wilbert Harrison became a world hit. Soul could only establish itself in the 1960s, but left a level-up education and broad marketing for these artists.

The first successes of rock’n’roll 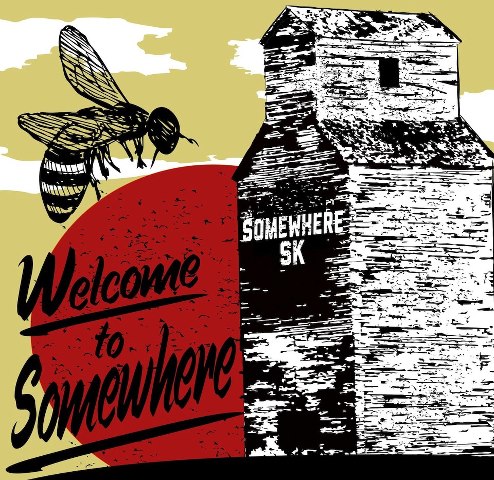 Bill Haley landed a success with his hit ‘Rock Around The Clock’ in the mid-1950s with a large audience. For the first time, the new lifestyle could also be expressed about music. Rebellion against parent generation and break out of social conventions could be lived through the music of Chuck Berry, Little Richard, Jerry Lee Lewis and the early Elvis Presley. The garment style fit with long hair for the sense of liberty. The followers of the McCarthy era felt this new young culture as a threat and associated scandals and crime with the Rock’n’Roll. Arrests of musicians like Johnny Cash, Ray Charles and Carl Perkins shook the conventional parent generation and tightened the discrepancies. Pardox was that despite all the rebellion of the artists a religious mentality was created when Little Richard expressed his conviction, the Rock’nroll was an invention of the devil. The tragic aircraft turbine of Big Bopper, Buddy Holly and Richie Valens in 1959 finished the rebellious rock’n’roll era. Nevertheless, in the youth generation, there was a strong need for rebellion against company constraints, so young people found these at the beginning of the 1960s in Beatmusik.

Northern Band Style and the Handjive

Several types categorize the Rock’n’Roll. The Northern Band Style originated from the year 1952 and was dominated by a swinging Big band sound. A distinctive 4/4-offbeat, boogiel and a small occupation often confuse him with the Rockabilly, but only around the year 1953 was created in the US southern states and fused with country music. Rockabilly is played with a sloped double bass and was characterized by the label Sun Records of Jerry Lee Lewis, Gene Vincent and Buddy Holly, but also Johnny Cash and Elvis Presley. The Northern Style, however, was popular by interpreters such as Billy Haley and Alan Dale. The handjive was originally a pure road music, to which children in the ghettos smash and sometimes sang the texts. So he refers to body perfection and was shaped by the Chess label with a new sound. The Car Sound began by the Chess Release ‘Maybelline’ in 1955. In the song the car hint of the 1950s is discussed and the need for mobility as a new topic taken up. The second bendings of Berry’s guitar also recall due to the slight tube distortion of the amplifier to a car ohupen.

The Black Doo WOP focuses on multi-part singing arrangements and developed in American cities in subway stations and Greyhound waiting halls. Ballads and fast songs, pure A-Capella pieces and a gentle instrumental support characterize this subgenre accompanied by saxophone and piano. ‘The Penguins’ and ‘The Moonglows’ are sample tape. In contrast, the White Doo Wop, in which young and white Americans often tried Italian roots to copy the style. A high false voice of the lead singer was added as an effect later in surf music. The New Orleans Sound is known by the piano played in high layers and became known with Fat’s Domino and Little Richard. Surf music celebrates the lifestyle in California and was established by ‘The Beach Boys’. This genre dominated in British beat music. The sound is based on melody lines in Southern Californian Mexican tradition. Trumpets and a Fender Stratocaster guitar with tremolo lever allowed new sounds. Surf was often played in psychedelic music due to the experimental drug phase in the second half of the 1960s. Also the later occurring genre punk rock was used to the surf music elements.

However, in order to make the Rock’n’Roll accessible to a white middle class audience, the entertainment industry was invented by the entertainment industry towards the end of the 1950s a deliberated form of rock’n’roll: the teenage rock’n’roll. He was developed by traditional clothes such as polo shirts, knitted western and ties fashionable and sold by Braven Interpreters such as Pat Boone, Paul Anka and Frankie Avalon also the parent generation acceptable. The Twist also refers to a subgenre of rock’n’roll. He is a dance that is not danced in pairs and became popular by the famous hit ‘Let’s Twist Again’ by Chubby Checker in 1961. The Rock’n’Roll lost its popularity at the beginning of the 1960s and the focus was on the genres Country and Beat. This was the beginning of the 1980s by the band ‘Stray Cats’ a neo-rockabilly movement. Psychobilly, Hellbilly, Horrorbilly, Alkabilly, Gothbilly and Speedbilly are more designated this subgenres.

The Beat – a further development of the Rock’n’Roll

The musical features of the beat music are two- or three-part group singing, the use of a lead and rhythm guitar, an electric bass, a song placed in two to three parts and a non-swinging 4/4-stroke. First, he was represented in London and Liverpool by student members in small clubs and pubs. The clothes of the musician was street or work clothes instead of fine costumes. Due to the emphasis of the first quarter, the beat effect of uniform and homogeneous and differed from the rhyth muscle of the Rock’n’Roll. The beat was known by radio and television. The British radio station BBC invited guests and also the soldier transmitter BFBs exaggerated Beatmusik worldwide. Radio Luxembourg and the German television station Radio Bremen showed with the program ‘Beat Club’ in 1965 international bands. In the Netherlands pirate transmitter broadcast on high seas outside the territorial waters beat music with advertising. ‘Radio Veronica’, ‘Radio Caroline’ and ‘Radio Nordzee’ were also included. German bands like ‘The Lords’ and ‘The Rattles’ were created and the ‘Sputniks’ and the ‘Butlers’ were represented in the GDR. Similar to the Rock’n’Roll, the beat was rejected by the parent generation due to his rebellious traits. Famous Beatbands are ‘The Beatles’, ‘The Rolling Stones’, ‘The Who’, ‘The Animals’, ‘The Kinks’, ‘The Small Faces’, ‘The Monkees’ and ‘The Beach Boys’. When this British bands were successful from the mid-1960s in the US, many of the British invasion spoke languages. Towards the end of the 1960s, the beat music for rock music and only as a retrowave at the beginning of the 21. Century by bands like ‘The White Stripes’ and ‘The Hives’ reiterated.